For Darkness to Subside 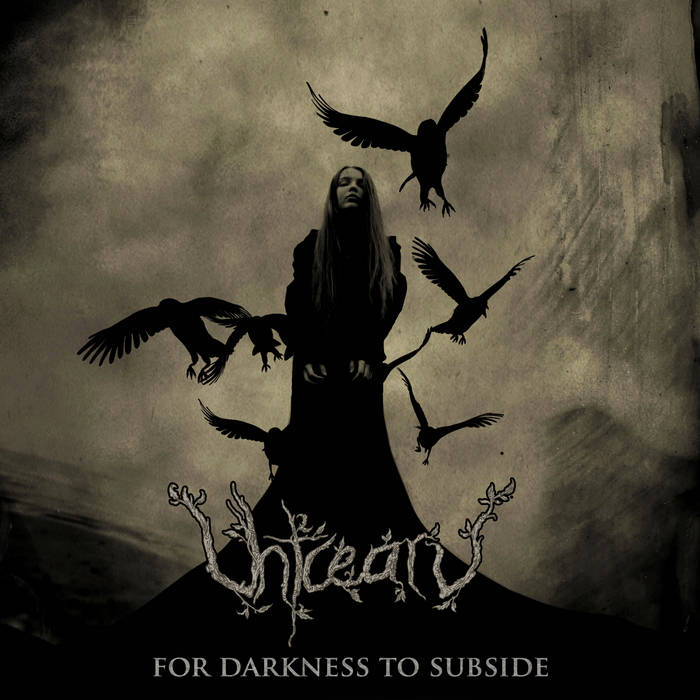 Uhtcearu (oot-key-are-oo): An Anglo-Saxon word that translates to pre-dawn anxiety or nighttime sorrow. It is the feeling of mysterious unease and unrest when you lie awake at night, unable to sleep, waiting only for the morning to dispel the darkness

All songs and lyrics written and recorded by Uhtcearu

""For Darkness to Subside" is a black album like wings of ravens. It is also a cold answer to the distant side of the human mind... Full of sadness, cursed melodies, endless walks through the Nordic landscape and, above all, magical attraction. I recommend to everyone who likes to wander through the woods. A melodic, black metal album that will freeze your heart!”
- Deadly Storm

'“Burning Effigy” opens the album, and “Tower of Silence” brings it to a close. The former is a fireball-fast, tension-ratcheting assault full of mind-warping fret-work and skull-rattling drum munitions, with a solo that will leave your head smoking. The rapidly tumbling drumwork and jolting chords at the outset of “Tower of Silence” may knock you back on your heels, but the song turns out to be a quite varied piece, soft as well as explosive, beleaguered as well as vibrantly mind-bending, with mesmerizing instrumental interludes accompanying all the high-octane veering and vaulting, and a heart-swelling melody that swirls through the finale.'
- No Clean Singing

"For a young band to have come as far as Uhtcearu has it’s nothing short of amazing. And, to have firmly left their solid debut The Plight of Wanderers in the dust makes it even more amazing. Melodic black metal in the wrong hands can spell disaster but here the addition of subtle death metal, higher aggression level and laser focused melodicism all spell SUCCESS...I don’t know what they’re putting in the cheese these days in Wisconsin but if this is a side effect give me ALL the cheese."
- Nine Circles

'It’s become really, really tough to find new black metal that impresses me, but Uhtcearu have something going that caught my ear. I think it’s the raw but clear production — you just don’t hear black metal that sounds like this very often — more suited to a prog metal band, which Uhtcearu also are.'
- Metal Sucks

'The band show a lot of promise in dealing with these longer tunes, things never getting dull and Uhtcearu actually craft a pretty good feeling of both atmosphere and journey with those extra minutes.'
- Bravewords

'Uhtcearu plays a musical style that takes melodic black metal and mixes it with death metal to create a sound of their own, the production sounds very professional for being a self released recording while the lyrics cover dark and philosophical themes.'
- A Different Shade of Black Metal Zine

'The band really shine on this release, blasting fourth a quality piece of melodic blackened death metal with no shortage of riffs and excellent lead guitar work as well as some nice mournful sounding sections. Well worth checking out and a step in the right direction. Another impressive display from this trio with plenty of talent on offer.'
- Ethereal Black Metal

'Uhtcearu have produced yet another really enjoyable and satisfying album. Largely, but not completely, continuing where they left off from their debut, For Darkness to Subside is a tweaked and refined version of the band’s sound.'
- Wonderbox Metal

'Here is an excellent band on the rise from Wisconsin. Uhtcearu flawlessly blend metallic sounds that don’t typically meet on common ground. To be more specific, they take elements of Melodic Death Metal to the creative blender alongside a Black Metal sound. The results are equally interesting and inspiring.'
- The Circle Pit

Uhtcearu (oot-key-are-oo): An Anglo-Saxon word that translates to pre-dawn anxiety or nighttime sorrow. It is the feeling of mysterious unease and unrest when you lie awake at night, unable to sleep, waiting only for the morning to dispel the darkness. ... more

Bandcamp Daily  your guide to the world of Bandcamp

Featuring appearances from Kari Faux, Bluestaeb and and interview with NY-bred artist Wiki